SEE EVERYONE NEXT YEAR! 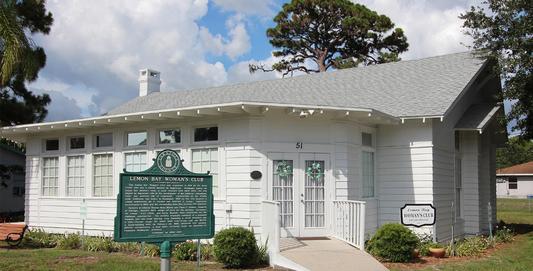 Englewood's history is what gives Englewood it's character and charm.

If you don't know Englewood history,

This years event is being hosted by

A printable map will be available online with a little history and pictures.

In 1918 a group of civic minded women, organized by Dr. Mary Green, started the Lemon Bay Mother's Club, a name retained until 1924 when it became the Lemon Bay Woman's Club.  Meetings were held in a schoolhouse located between Harvard and Stewart on Old Englewood Road until a fire destroyed the building.  The women continued to meet in the members' homes until another school became available.

As time passed, this dedicated group was given two lots by A. Stanley and Winifred E. Lampp which were located at the corner of Cocoanut and Maple Streets.  Overtime, the women raised sufficient funds to secure a mortgage, permitting them to go forth with plans to build their one story prairie style clubhouse.  Sarasota Architects, Thomas Read Martin and Clare C. Hosmer, formerly of Chicago and students of prairie style architect, donated their design services for this building.  Carpenters, Pat Lampp, Frank Clark and LeRoy Basstedo began construction in September 1925 and finished in 1926 with the cost of the construction being $3,120.  The building was named the Lemon Bay Woman's Club.

​The Lemon Bay Woman's Club has played an integral part in the growth, development and life of this community since its founding in 1918, making it the oldest service organization in Englewood.  Between 1926 and 1970 the club has served as a sanctuary for many Englewood churches and as a meeting place for various civic organizations.  It was also Englewood's polling location for 27 years.  Through its various fundraisers, the club contributes yearly to worthy causes in the area, including scholarships to deserving young women graduating from Lemon Bay High School.

​The exterior structure of the house has low sloping roof with gable ends and eaves and a flat roof over the porch and kitchen.  Rectangular in shape, it sits on concrete piers.  The exterior walls are pine base board, graduating into a clapboard siding and ending with the stucco surface which fills the wall up to the eaves.

​When the house was built the screened porch was open with two entrances, northwest and southwest.  This area was enclosed in 1929.  The kitchen was added in 1939 along with two bathrooms.  Because of the addition of the kitchen, the wide eaves started to sag so brackets were added.  The chimney was built on the north side center of the house.  The mantle is pine and the floor area in front of the fireplace is concrete.  The sliding doors into the main room are made of wood with small glass panes.

​The kitchen cabinetwork is the original wood.  The sink was installed in 1952.  The floor of the main room is made out of hard pine, as well as the circular stage.  In the large room the windows are the original panes.

​Due to a leak on the north side, repair work in 1929 was necessary.  Contractor, Lou Longbucco did the repairs according to Historical Society's specifications.  All wood had to be as the original.  After several months of extensive work, the repairs were completed and the house painted inside and out.

​In 1989, the members of the Lemon Bay Woman's Club were notified that their clubhouse was put on the National Register of Historic Places making it the first structure to be so honored. Every year there is an open house inviting everyone in the community to visit this beautifully restored building.  We are proud of our club house and you are welcome to stop by anytime.

​For any information about the Woman's Club you can call 474-9762 (leave a message (if necessary). 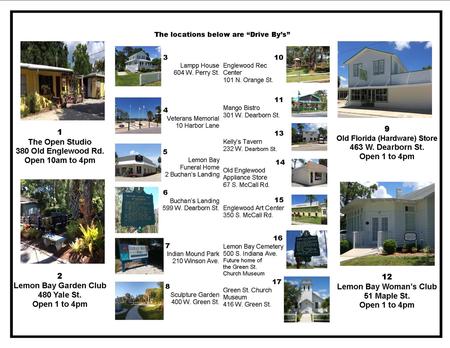 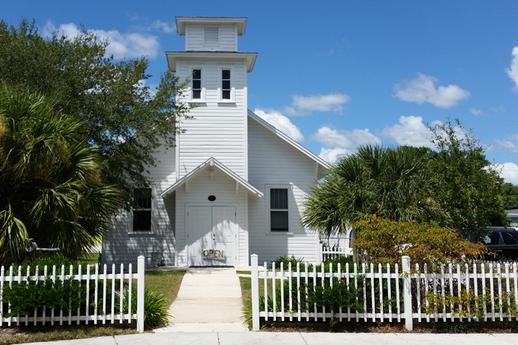 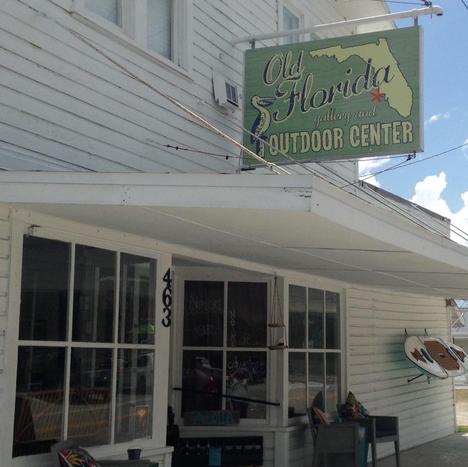 In 1959, five women who enjoyed gardening organized a club and began meeting in each other's homes. Others joined and soon began investigating land or a building to be used as a Garden Center.  The property finally chosen was located at 480 West Yale Street, with almost an acre of land and a well-constructed building!

The main building housed the Church of God, which was built in 1950 by several members of their own congregation.  Two small rooms In the rear of the church were used for Sunday School classes;  the pastor, his wife and two children lived in a small cottage on the property.

In 1981, the property was purchased by Lemon Bay Garden Club; since that time, a kitchen and a dining room were added and many improvements have been made in the gardens.

The membership has grown to over 100.  Maintenance of the building and gardens is done by dedicated  members, and, every Friday morning, members are working in the gardens and have plants for sale .

During the Historical Tour on August  28th, we hope the community will visit us from 1:00 to 4:00 pm.  There will be knowledgeable members available to answer gardening questions and plants will be for sale.  Come visit Lemon Bay Garden Club on Aug 26th. 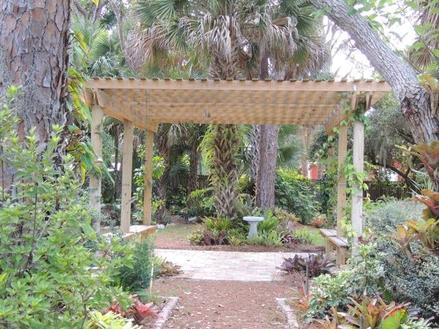 It's a Drive by this year!

ANNOUNCING THE CHURCH IS BEING MOVED IN

DATE TO BE ANNOUNCED 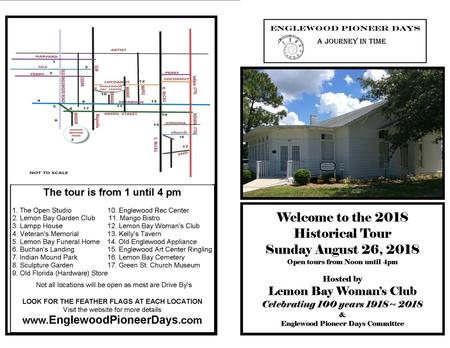